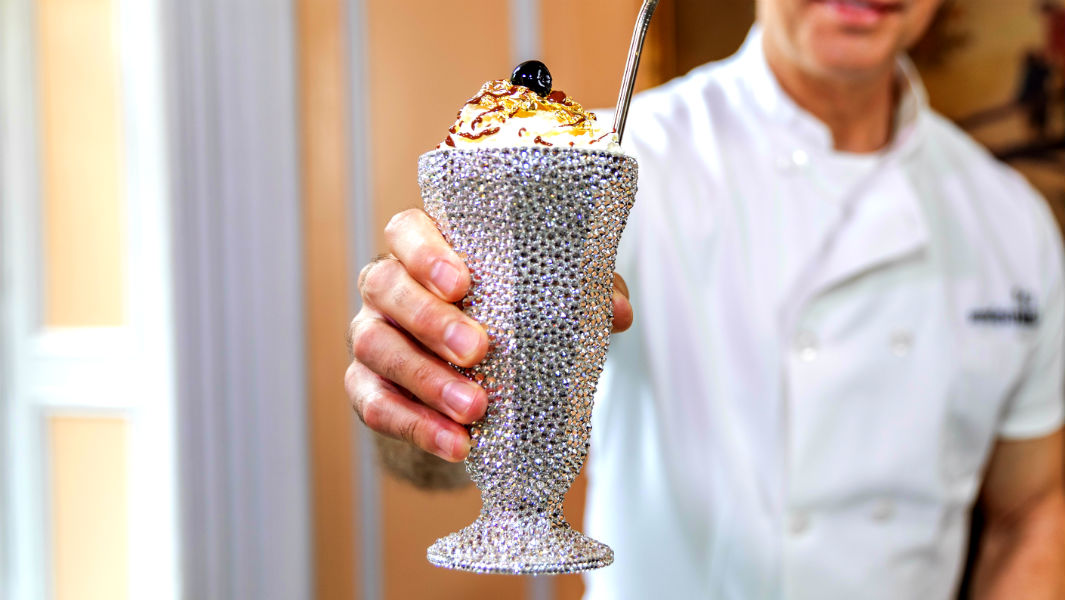 Milkshakes: Time to shake it up!

With lockdown easing and a Great British Summer predicted – there’s never been a better time to shake up your menu – and if you’re not currently offering milkshakes then now is the time to introduce them!

There are a number of different ways of creating milkshakes. Obviously we recommend Cheeky Moo Shakes. Supplied in pre-portioned flavoured tubs. Simply add milk and blend fresh to order for your customers. Other methods include using powder, syrup, scoop ice cream or soft serve ice cream – these all involve blending with milk.

Due to restrictions here and overseas, this year will see many families holidaying in the UK. This increase in footfall plus a willingness to spend leads us to predict a bumper summer for takeaway treats such as milkshakes. So whichever method you choose there’s never been a better time to introduce milkshakes to your menu.

With this in mind we thought we’d take a look at some fun milkshake facts:

The first record of the word “Milkshake” can be tracked back to 1885. However back then milkshakes were an alcoholic whiskey drink with eggnog – drunk as both a cure and a treat. Definitely not for kids!

The most expensive milkshake in the world is the LUXE Milkshake which is sold for £75 at Serendipity 3 and made in partnership with Swarovski® and the Crystal Ninja in New York.

Ingredients in the Worlds Most Expensive Milkshake

The LUXE Milkshake is served in a custom glass adorned with more than 3,000 premium Swarovski® crystals.

You can now purchase blenders that blend everything and anything but the electric blender was first invented specifically for creating milkshakes by Steven Poplawski in 1922. Before that, the effort of shaking them up must have required a lot of upper body strength!

According to the Guinness Book of World Records, the world’s largest milkshake was 6,000 gallons, that’s over 27,000 litres!!!

Did you know milkshakes can both prevent a hangover and cure one! Drinking a milkshake before alcohol is believed to line your stomach. A banana milkshake mixed with a little honey is the perfect cure for a hangover.

In 1950s America, milkshakes were called “frappes”, “velvets”, “frosted shakes”, or “cabinets” in different parts of the country. Not sure ordering a Strawberry Cabinet would ever make sense here in the UK!

Are you a fan of McDonald’s milkshakes? Thank Ray Kroc, who sold eight milkshake machines to Richard and Maurice McDonald, the original founders of McDonald’s restaurants, in the early 1950s.

A specialty style of milkshake, the “concrete”, was “a milk shake so thick that the server hands it out the order window upside down, demonstrating that not a drop will drip.”